The PDF resource centre gathers resources from across the programme, sharing information and knowledge on its unique approach. Use the search and filter buttons below to easily sort the full set of resources and find those of interest to you. 

The Non-Oil Export Community of Practice became the vehicle through which exporter voices became heard and grew in strength and in numbers. By the end of the PDF II program, the Community of Practice was formalised into a registered Non-Governmental Organisation (NGO) called the ‘Network of Practicing Non-Oil Exporters of Nigeria (NPNEN)’ to continue the efforts initiated during the PDF II. NPNEN was set up as an umbrella platform for collaboration among the different actors in Nigeria’s non-oil export value chain. NPNEN convened its major flagship event, the annual Non-oil Export Conference, Exhibition and Awards (NECEA) which is also a vehicle for actualizing its objectives.The 2021 NECEA brought together critical stakeholders in the non-oil sector including top officials of government, civil society, private sector, the media, and academia to dialogue on how to refocus the country’s non-oil sector, for more effective participation in global trade, especially within the framework of the recently operationalized African Continental Free Trade Agreement. Given also the current state of Nigeria’s economy as evident in the downward spiraling of the Naira, there is certainly a need to revitalize the economy primarily through non-oil exports. The NECEA was a good medium to beam the spotlight on the alternative to oil as the mainstay of the economy. 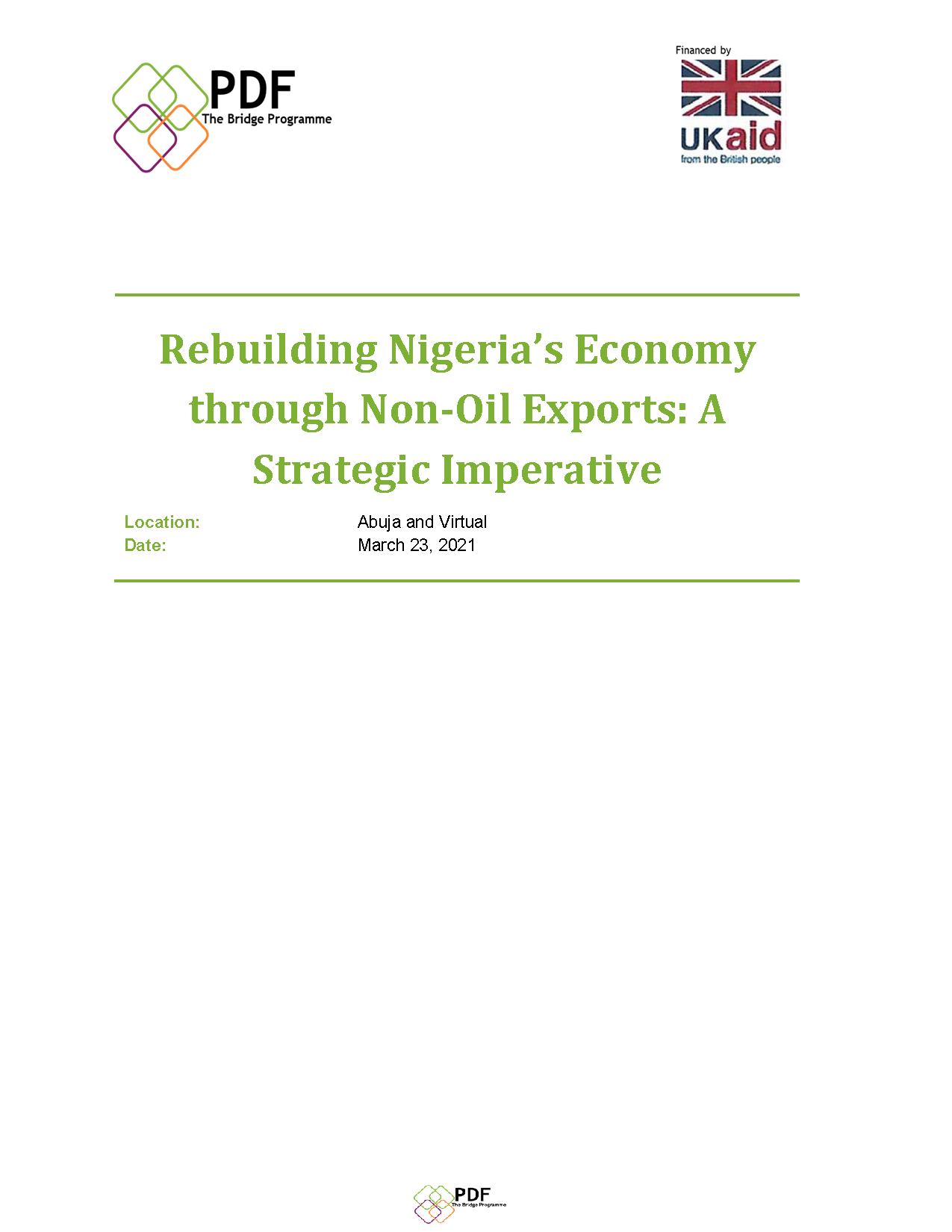 A Roundtable on the Export Expansion Grant

Export Expansion Grant (EEG) was established under the Export Incentives and Miscellaneous Decrees of 1986 and amended into an Act in 1992 to accomplish the diversification agenda of the Federal Government of Nigeria (FGN). Other export support funds created under the same Act are the Export Development Fund (EDF) and Export Adjustment Scheme Fund (EASF). The funds have been repositioned in the Economic Recovery and Growth Plan (ERGP) of 2017-2020. The EEG is a post-shipment incentive scheme aimed to achieve three key objectives: (i) to enable exporters to expand their businesses more conveniently, (ii) make Nigeria’s non-oil export more competitive, and (iii) facilitate greater and faster foreign market penetration.

PDF II (now PDF Bridge)’s Trade Policy Workstream funded a study on “Analysis and Impact of the Export Expansion Grant on Export Potential, Market Access and Export Competitiveness in Nigeria”. This policy roundtable discussed the findings and recommendations from this study. 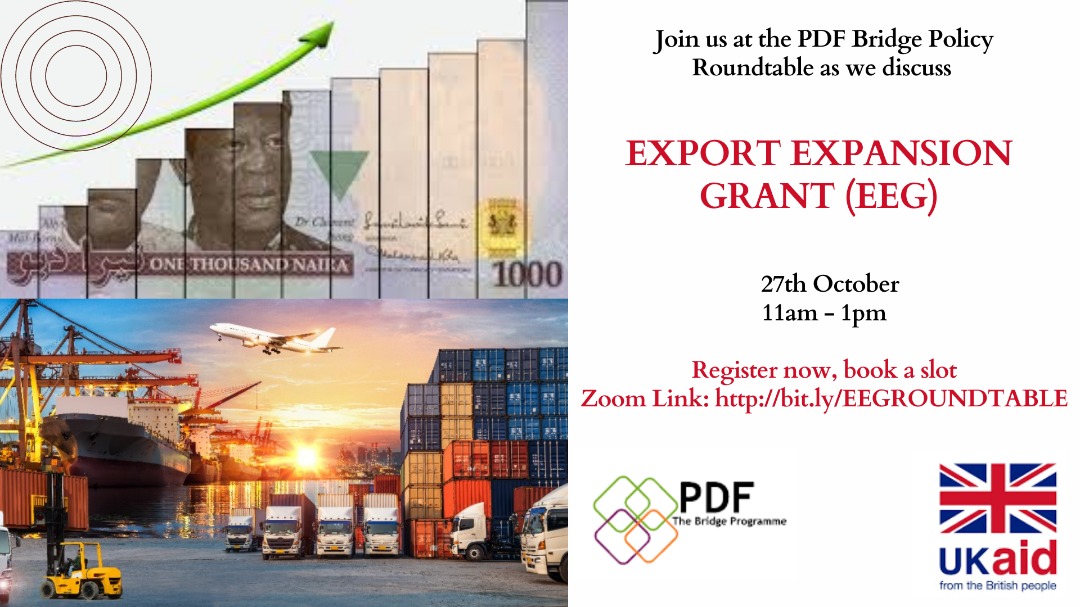 Nigeria signed up to the AfCFTA on the 7th of July, 2019. This outlines how PDF contributed to the process that led up to the signing. 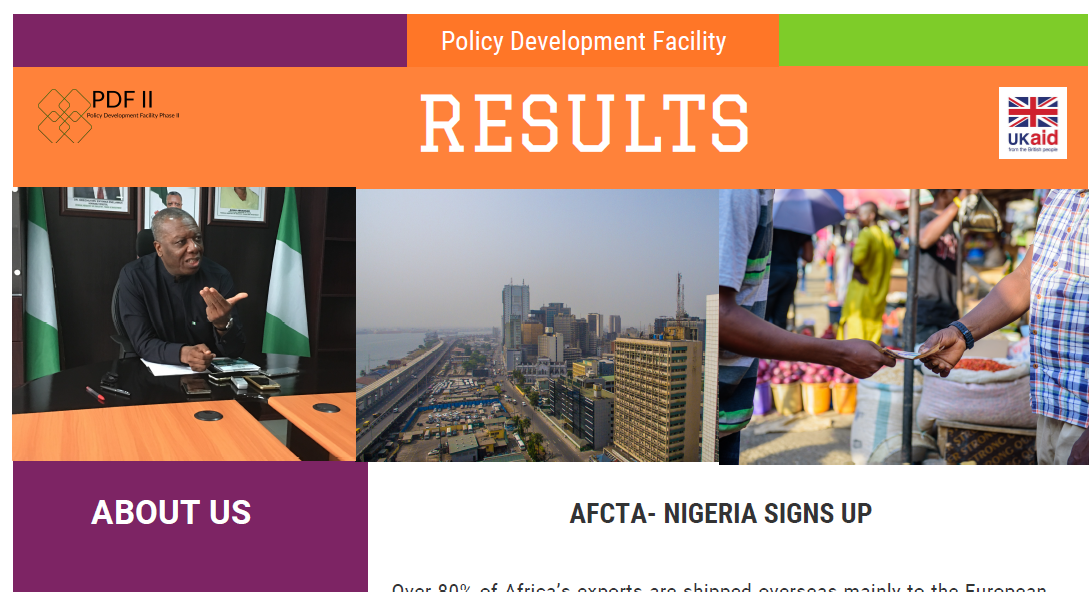 This study was commissioned by the PDF Bridge Programme with a specific term of reference for use by the Beneficiary, the Federal Ministry of Industry, Trade, and Investment (FMITI). It is expected that this report will provide current and actionable recommendations that will support FMITI on the AfCFTA ratification process and enhance its preparedness for implementation. 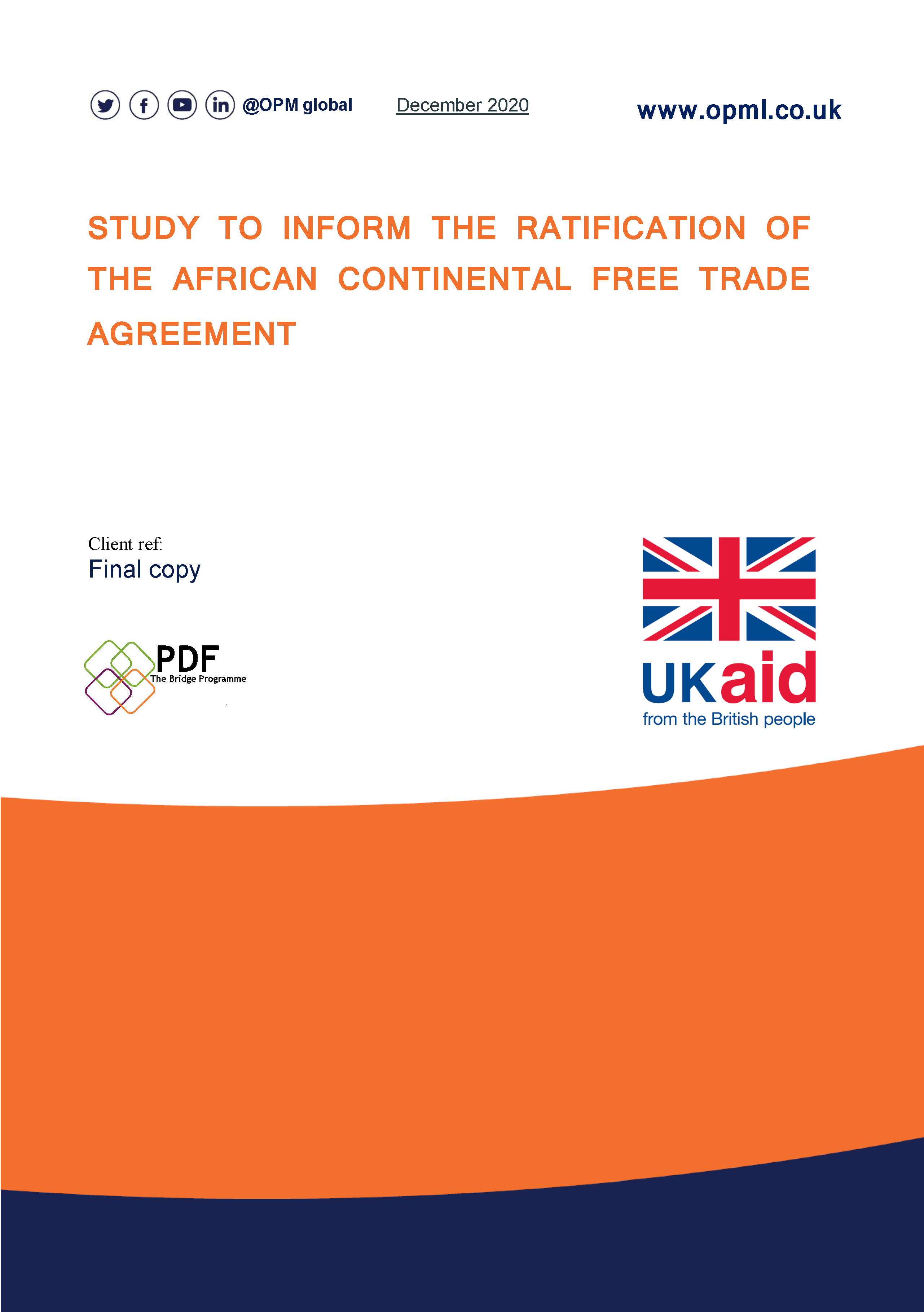 ANALYSIS AND IMPACT OF THE EXPORT EXPANSION GRANT ON EXPORT POTENTIAL, MARKET ACCESS AND EXPORT COMPETITIVENESS IN NIGERIA

Continuous and consistent implementation of the Export Expansion Grant (EEG) has been identified as crucial to the diversification agenda of the Federal Government of Nigeria (FGN). Despite its importance, however, the programme has experienced various implementation challenges and, at least, three suspensions since inception. The aim of this study is to provide evidence-based information on EEG implementation to guide relevant stakeholders to reform and reposition the scheme for greater effectiveness. The study aims to specifically analyse the impact of the grant on the beneficiaries prior to suspension in 2013 and the post-suspension implementation from 2017. It also investigates the challenges faced by beneficiaries in their attempts to access the grant. The study applied both primary through survey and secondary data through desk review to address the set objectives of the study. The survey was conducted through three methods: (i) administration of questionnaires, (ii) Key informant interviews (KII), and (iii) focused group discussions (FGD). 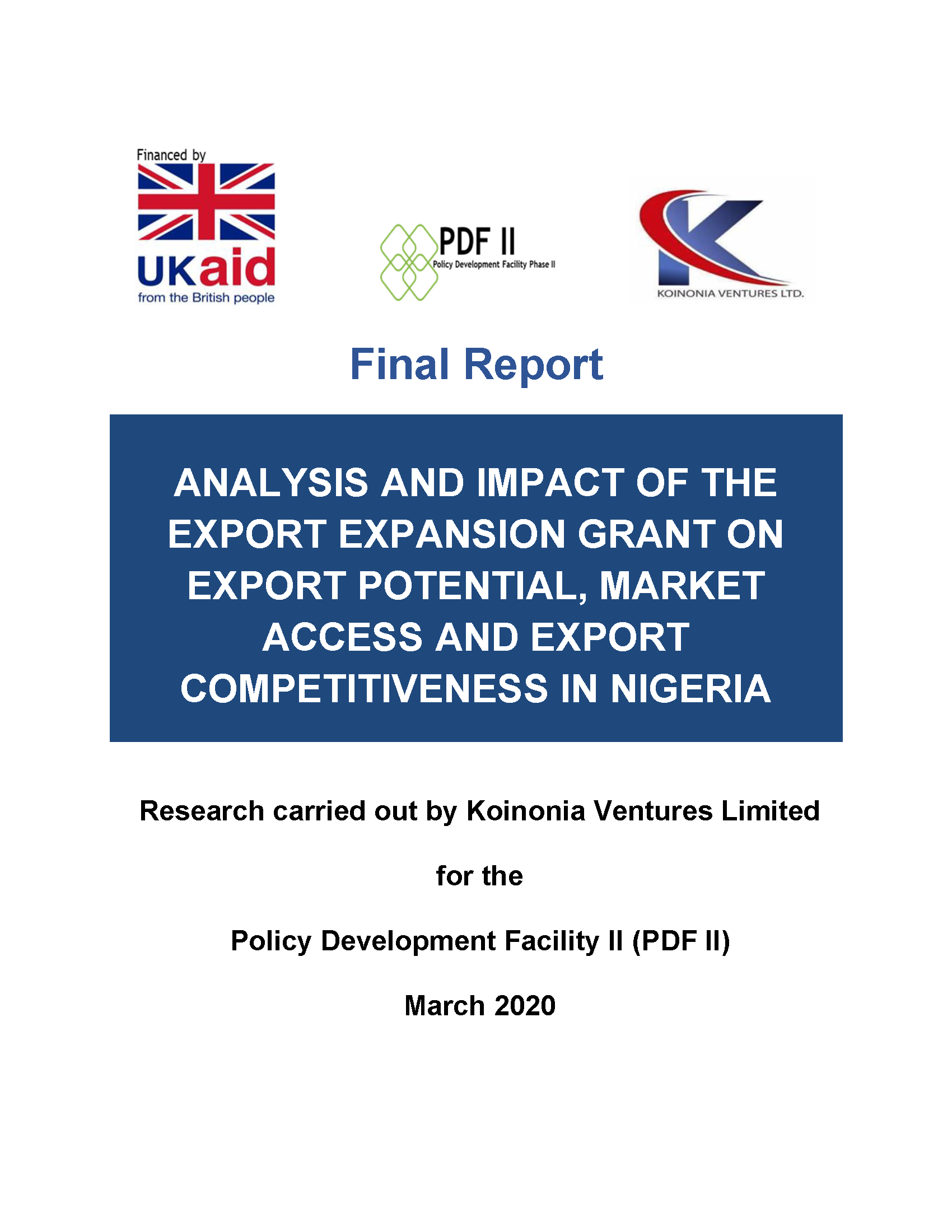 Africa’s contribution to global trade in services is little with slow growth despite rapid globalisation and liberalisation. The continent’s intra – African trade in services is also relatively little. Nigeria’s services sector contribution to its GDP is huge, representing 55.8 per cent in 2017. It recorded a growth rate of 1.83percent in 2018. Hence, the services sector possesses the immense potential to promote diversification, employment, and growth, even without a current holistic services sector policy. This study specifically mapped and profiled key services sectors; reviewed domestic regulations relating to services; estimated the current and future potentials for export, and provided associated recommendations. 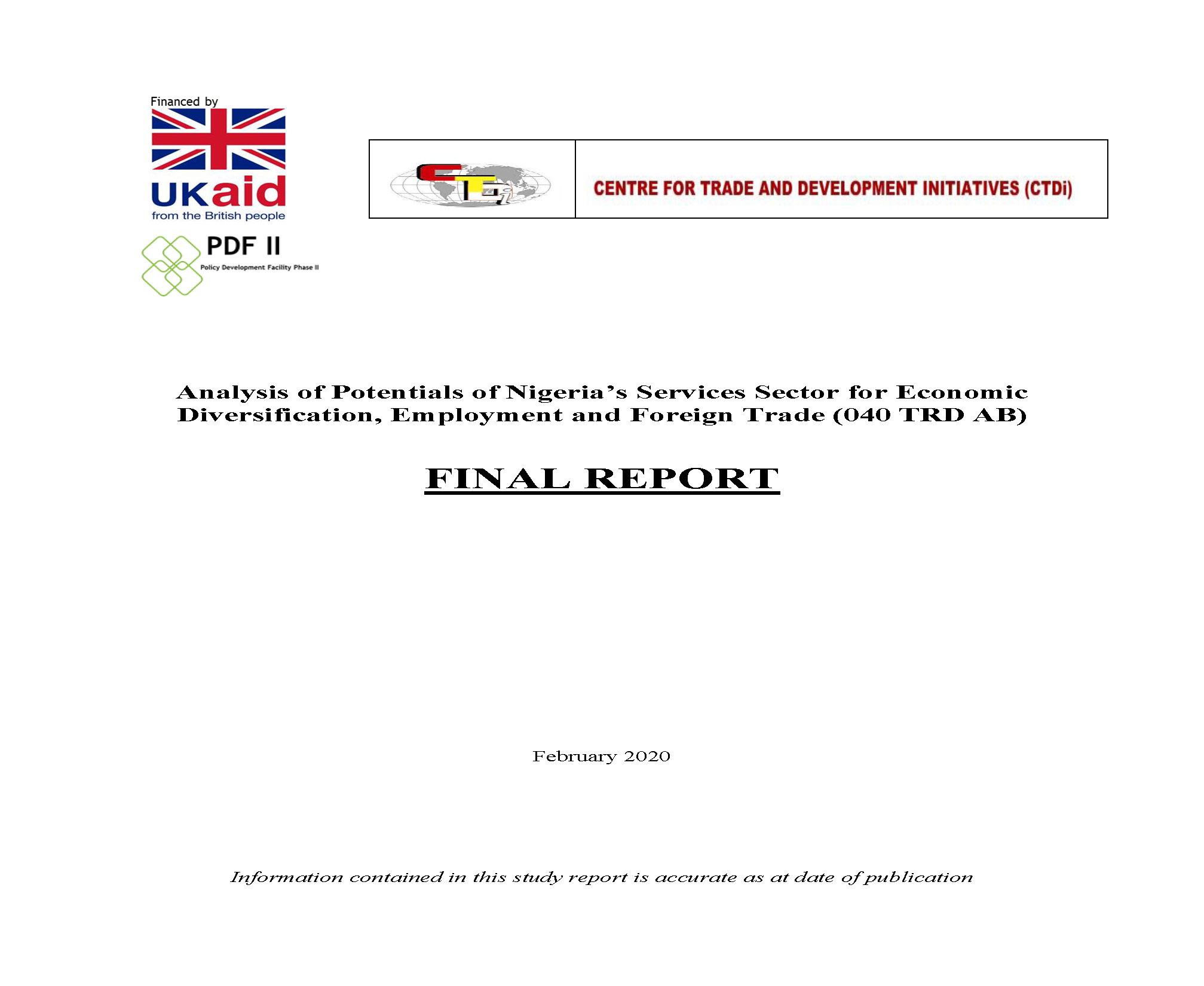 Analysis of the Potentials of Nigeria’s Services Sector for Economic Diversification, Employment, and Foreign Trade.

A roundtable event on the potentials of exporting the services sector in Nigeria. At the Roundtable, it was noted that among business owners and exporters, there is little understanding of what services export entails. Many businesses engage in service exports but are not aware of this. Understanding the four modes of services – Cross border trade, Consumption abroad, Commercial presence, and Presence of natural persons – is important for business growth. To achieve this, stakeholders including the NEPC will need to conduct capacity building and sensitisation workshops for exporters, working with relevant business associations. 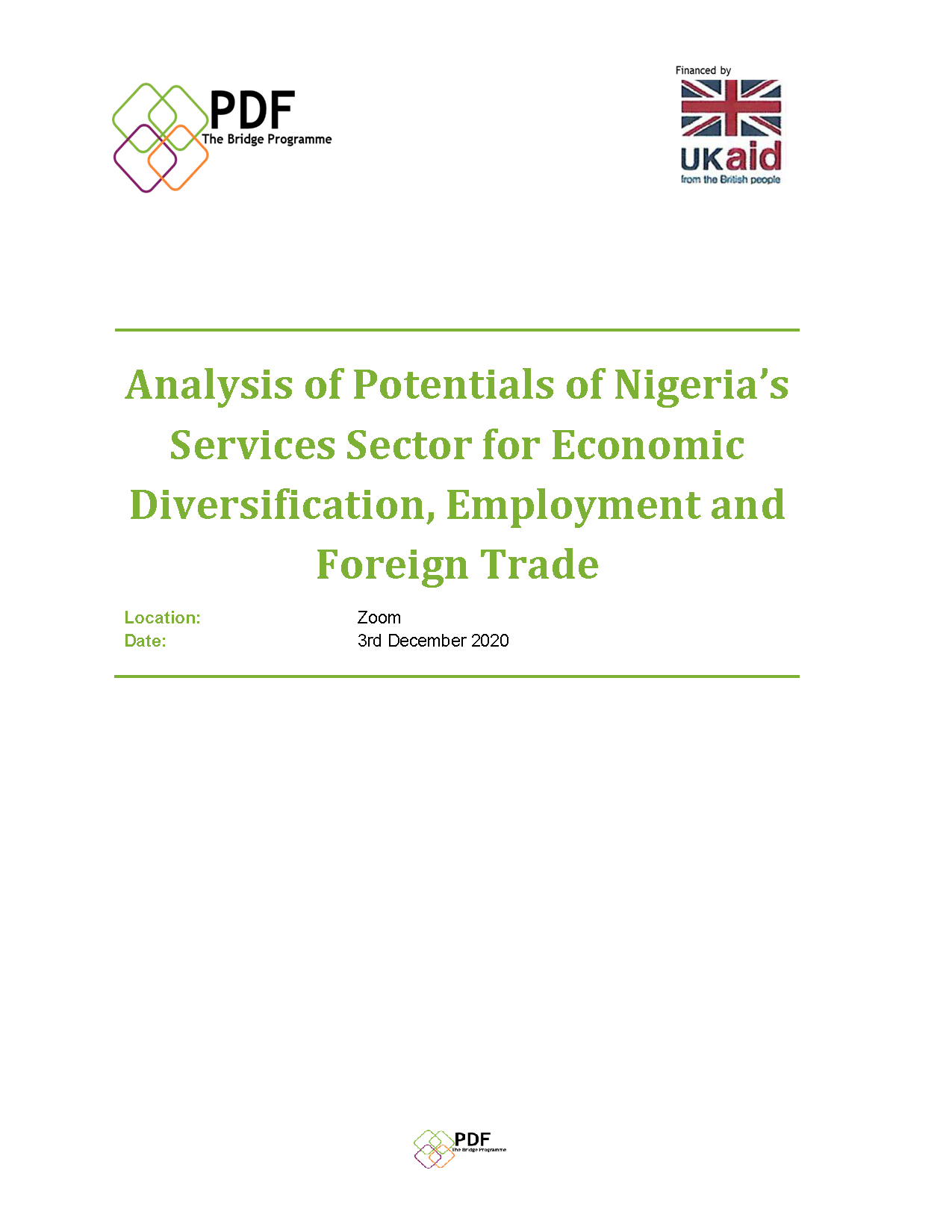 This video provides PDF II’s Embedded Advisers (EAs) with animated guidelines to help them in their new roles. It aims to orientate EAs within the institutional landscape they will operate in. 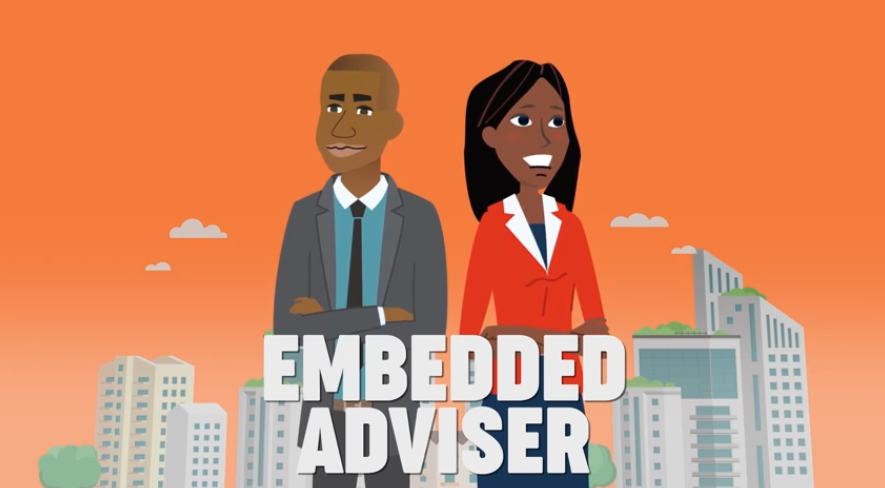 Through its Non-Oil Exporters Dialogues, the Nigerian Export Proceeds (NXP) Form was identified as a challenge. This was further identified in a study, Exporter Experience Study, commissioned by the workstream.  The problems with the NXP forms ranged from unavailability of the form to a lack of capacity within financial institutions to handle processing of the form as required for export documentation. The TRD Workstream engaged with the EBES on this issue and got commitment to automate the form, which despite the CBN stipulated timeline for processing by authorized dealers of 48 hours had not been happening. 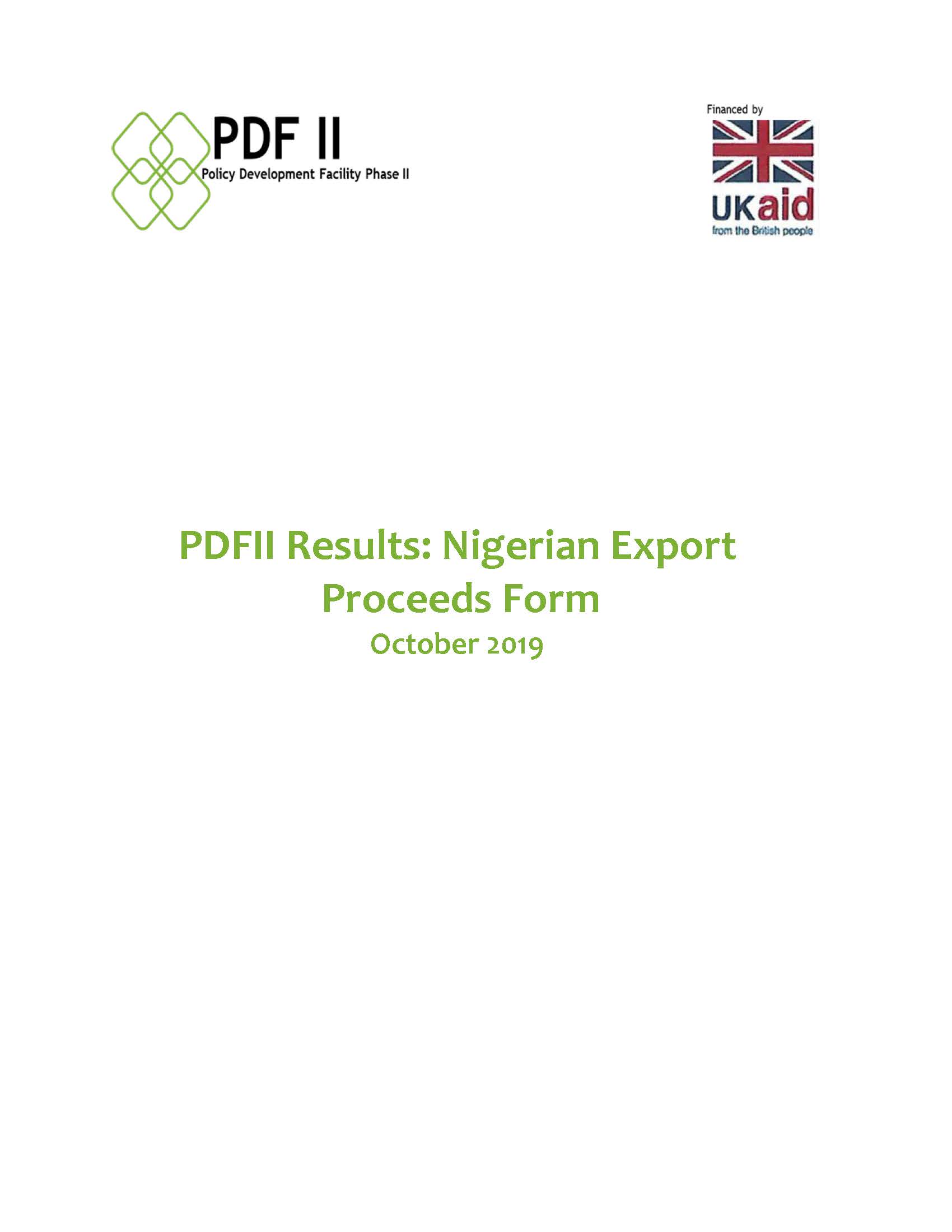 PDF II established a Non-oil Export Community of Practice which strengthens the voice of exporters and ensures their interests and concerns are reflected in new strategies, policies and legislation. 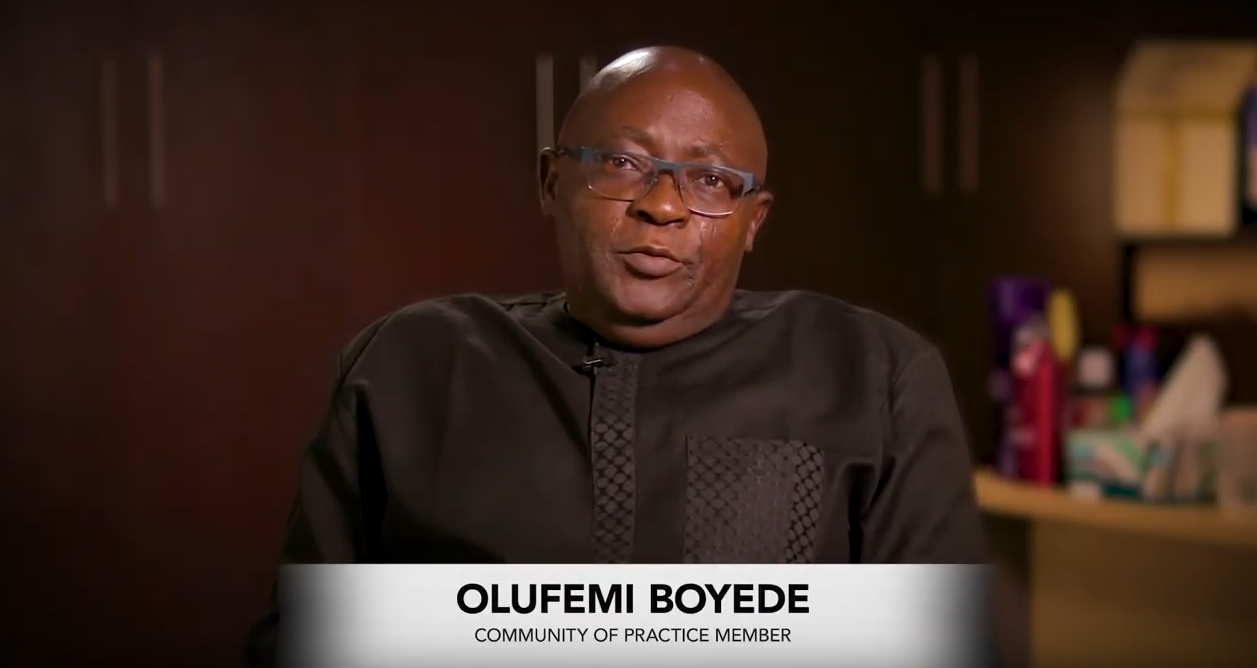